The Des Moines Police Department asks that anyone who may have been in the area of the 900 Block of E. Euclid and may have seen this incident to please come forward with any information on the identity or location of this driver and the car.   Any additional information that can be provided may be useful in furthering this case.

The investigation indicates the victim was crossing E. Euclid on foot northbound.  She was in the northern-most lane when she was struck by a westbound car.  The vehicle did not slow or stop after the collision.  Des Moines Police Traffic investigators spoke with a witness who provided the only vehicle description as a mid-sized car.  This car may have damage to the front and/or windshield.

Anyone with information on the location of the vehicle or identity of the driver is asked to contact the Des Moines Police Department at 515-283-4811 or the Polk County Crime Stoppers anonymously at 515-223-1400.  The Polk County Crime Stoppers offers up to $1000 for information leading to an arrest and the Des Moines Police Department will match that reward for a total potential reward of $2000.

The Des Moines Police Department also requests that any auto body shops or car-tow service who may have information about a vehicle that has sustain damage consistent with a collision to a human body to also contact us.

As Des Moines Police Traffic Investigators continue to follow-up tips and leads related to this case, images captured from video surveillance indicate a possible suspect vehicle may be a silver or gray mid-size 4 door sedan.  This vehicle which is similar in size to a Ford Taurus or Chevy Impala is believed to have been in the area at the time of the collision and may have damage to the bumper, hood or windshield.  (images are not available for release at this time). 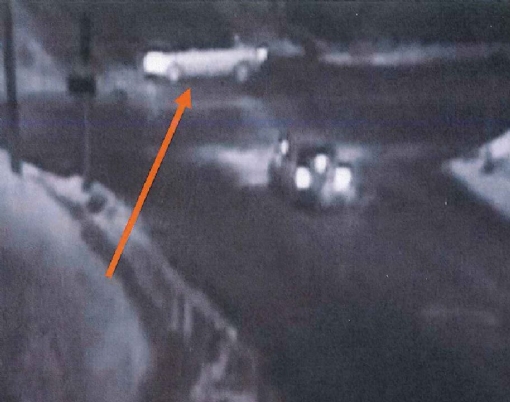 The Clearwater Florida Police Department is asking for the public’s help in locating Gilberto Juarez Hernandez on warrants charging with the July 19, 2003 murders of his girlfriend Petra Martin, 31, and her 2 year old son, Uriel.  Police say Hernandez was identified as being in Iowa in 1999 when he was arrested for fraud and driving with a suspended license. Police believe Hernandez may be hiding out in Des Moines, Iowa, area because he has a former sister-in-law and two brothers all living there. He may also be hiding out in Mexico or the Tampa, Florida area.  Click here for more information. 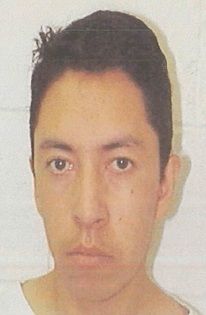 UPDATE 1 July 2013:
Des Moines Police Detectives have issued a Material Witness warrant relating to this case. Antwan Geral Campbell is a 15 yr old resident of Des Moines. His name was developed during the course of this investigation and it is believe he has relevant and pertinent information regarding this case.  Anyone with information on the location of Mr. Campbell is asked to call the Des Moines Police Department at 515-283-4811 or anonymously to the Polk County Crimestoppers at 515-223-1400.

UPDATE:
The victim in this shooting has been identified as Tony Matthews, BM16, DOB/08-21-96. His listed address is 3214 1st St, Des Moines. He is still in critical condition at a local hospital after extensive surgery this morning.

Detectives continued to work the case today and are following up on leads gathered from the scene and from witness interviews. Anyone with information in this case is again urged to contact Des Moines Police detectives through the above numbers.


ORIGINAL POST:
On Saturday June 29, 2013 at 12:22 am, officers were tripped to the 1700 block of Mondamin in Des Moines. Upon arrival, they found a 16-year-old male lying in a yard who had been shot. The victim was taken to a local hospital and underwent surgery; he is currently in critical condition.

Des Moines Police detectives have interviewed witnesses throughout the night, and Crime Scene Unit personnel have processed the scene of the shooting.

Anyone having information on this shooting is urged to contact Detective Matt Towers of the Des Moines Police Crimes against Persons Section at 515-283-4981. Anonymous tips may also be left at Polk County Crime Stoppers at 515-223-1400. 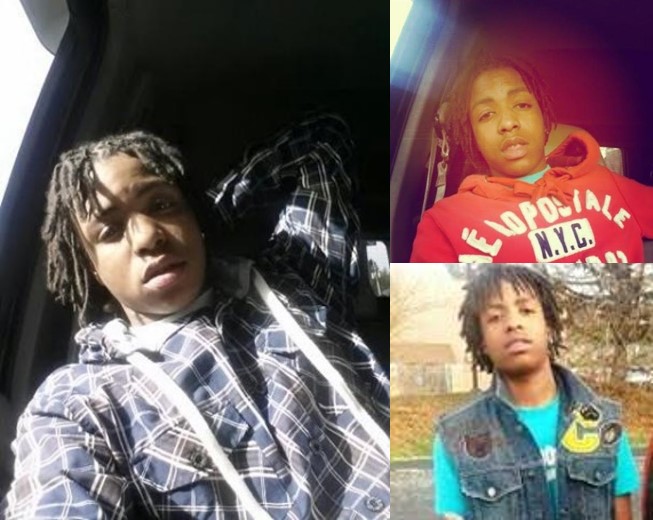 At appx 11:11pm Des Moines Police Dispatch received a call of shots fired in the area of 14th St. and Washington Ave in Des Moines.  As officers were responding the DMPD then received a call from Broadlawns Hospital indicating the victim of a shooting has just come into their ER.  The victim, Rashad Adair, a 31yr old male, was then transported to Methodist hospital where he underwent surgery for at least 6 gunshot wounds to his nose and both the upper and lower torsos.  Mr. Adair later died from his wounds.

Two witnesses were taken to the Des Moines Police Station for interview and have been released. At this point in the investigation it appears that the victim was sitting in a vehicle behind 1410 Washington when an unknown gunman approached and fired several shots into the vehicle before fleeing on foot.  The scene was later located, secured and processed by DMPD Crime Scene Investigators.  The vehicle in which the victim was shot was also impounded by the DMPD for further evidence collection. 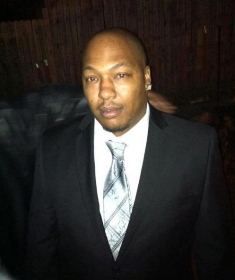 Police said 20-year-old Nick White died of undisclosed trauma in the basement of a home in the 1500 block of 29th Street, near Drake University. The medical examiner has officially ruled the death a homicide. Police said they are questioning people in connection with the case, but no arrests have been made.

Additional information can be found at www.nicholasdavidwhite.com.

Anyone with information about the suspect is asked to contact the Des Moines Police Detective Bureau at 283-4864 or Polk County Crime Stoppers at 223-1400.

The White family is separately offering an additional $4,000 for information leading to an arrest and conviction. 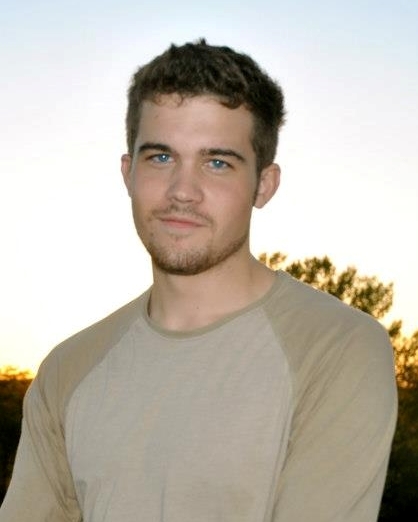 On October 24, 2012 at approximately 4:08 p.m. Des Moines Police received a 911 phone call reporting the discovery of a body.  Officers responded to the area of Vine and SW 1st Street where a body was found under the railroad bridge between the bike path and the Des Moines River. Detectives have determined this case to be a homicide.  The identity of the victim is Stanley Golinsky (5-30-56) of Des Moines.  They will be working with the Polk County Medical Examiner to determine the nature of the injuries.  They are also following up on all leads as this case moves forward. Des Moines Robbery/Homicide detectives are looking for anyone with information regarding the death of Stanley “Mike” Golinsky.  Crime Stoppers has offered a reward up to $1000 for information leading to an arrest and conviction in the case. 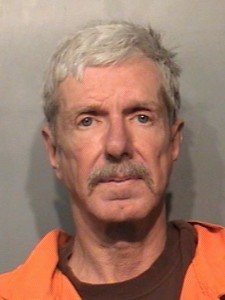 Des Moines police said Thursday the fatal shooting of Marion Harris appears to be part of a feud that has been going on for about a year. Harris, 32, died at Mercy Medical Center after being shot about 1 a.m. Sunday at Courtside Bar & Grill, 1014 E. 14th St. Harris is the first to be killed in the feud, police said. Detectives have identified three other shootings involving injuries that may be connected. They did not say which of the shootings in the city over the last year are believed to be part of the feud. But they said with the killing of Harris it appears to be heating up. The specific motive for the slaying of Marion Harris remains unknown. Investigators continue to conduct interviews and seek the shooter. Someone approached Harris at the bar and grill and killed him where he sat. Police have viewed surveillance video taken of the general area at the time of the slaying. Bar owners Ron Williams and his wife, Julie White, said earlier that the shooter walked down the alley next to the bar and fired at Harris, who was outside on the patio. Anyone with information about the suspect is asked to contact the Des Moines Police Detective Bureau at 283-4864 or Polk County Crime Stoppers at 223-1400.

A Rottlund Homes employee heard a commotion inside the model townhouse at 558 Stone Creek Court — part of the Stone Creek Villas subdivision near 84th St. and E.P. True Parkway in Des Moines developed by Rottlund Homes — and went to investigate. Inside, the worker discovered Okland on the floor and called 911.

Medics rushed Okland to the Iowa Methodist Medical Center in Des Moines, where she later died.

There is a reward of up to $150,000 for information that would lead to the arrest and conviction of the murder. If you have heard anyone talking about anything that might be pertinent to this case please contact Polk County Crime Stoppers at 515 223-1400. 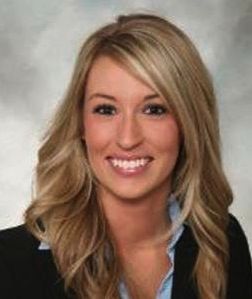 The driver of the first big rig said the boy was lying on the roadway and looked unconscious in the moments before he was hit, and the medical examiner ruled out a fall from an overpass. Two of the tractor-trailer drivers waited for troopers and were questioned at the scene. Troopers believe a third truck may also have run over the teen.

Polk County Medical Examiner Dr. Gregory Schmunk said that Parks died from blunt force trauma and his injuries were consistent with being hit by a truck. Schmunk said there was nothing to indicate that Parks was injured before the crash or that he might have jumped from the bridge. Investigators never found Jared’s cell phone, and his wallet, earrings and tennis shoes were also missing. They have ruled the death as suspicious.

If you have heard anyone talking about anything that might be pertinent to this case please contact Polk County Crime Stoppers at 515 223-1400. 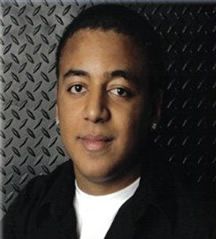 Robert Corey Poffenberger, 30, 6’2”, 195lbs. was murdered early Friday morning October 24, 2003 in the driveway of his home located at 2211 East 37th St. Des Moines, Iowa.   If you remember seeing a vehicle or a person(s) around Corey’s home during this particular time, or if you have heard anyone talking about anything that might be pertinent to this case please contact Polk County Crime Stoppers at 515 223-1400. 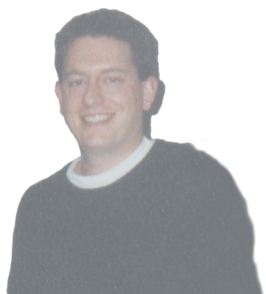